The Advantages of Long Short

Our process is based upon fundamental analysis that identifies and continually focuses on the top three most critical drivers (Key Factors) for a specific company’s earnings.

As a fund focused on long-term capital appreciation with a secondary emphasis on capital preservation, downside protection is an important part of our investment process.

Waycross’s partners have worked together for more than 20 years, with nearly 15 years of expertise in shorting stocks. The investment team is made up of 5 CFA charterholders.

In 2005, Waycross Partners LLC was founded on one simple idea:

Opportunities for active management are more abundant when an investor is able to take either side of an equity investment and is not constrained to only purchases on the long side.

Our flagship strategy was launched in 2005. The investment objective is to produce risk adjusted returns with lower volatility than the overall equity markets. Our investment process leads us to seek out both long and short opportunities. The Strategy typically targets gross long exposure between 90 – 100% and gross short exposure between 40 – 60%. Net market exposure typically ranges from 40% – 60%.

Fund returns are annualized for periods longer than one year. The NAV does not take into account any sales charges that may apply when shares are purchased or redeemed; if sales charges were reflected, the Fund’s quoted performance would be lower. 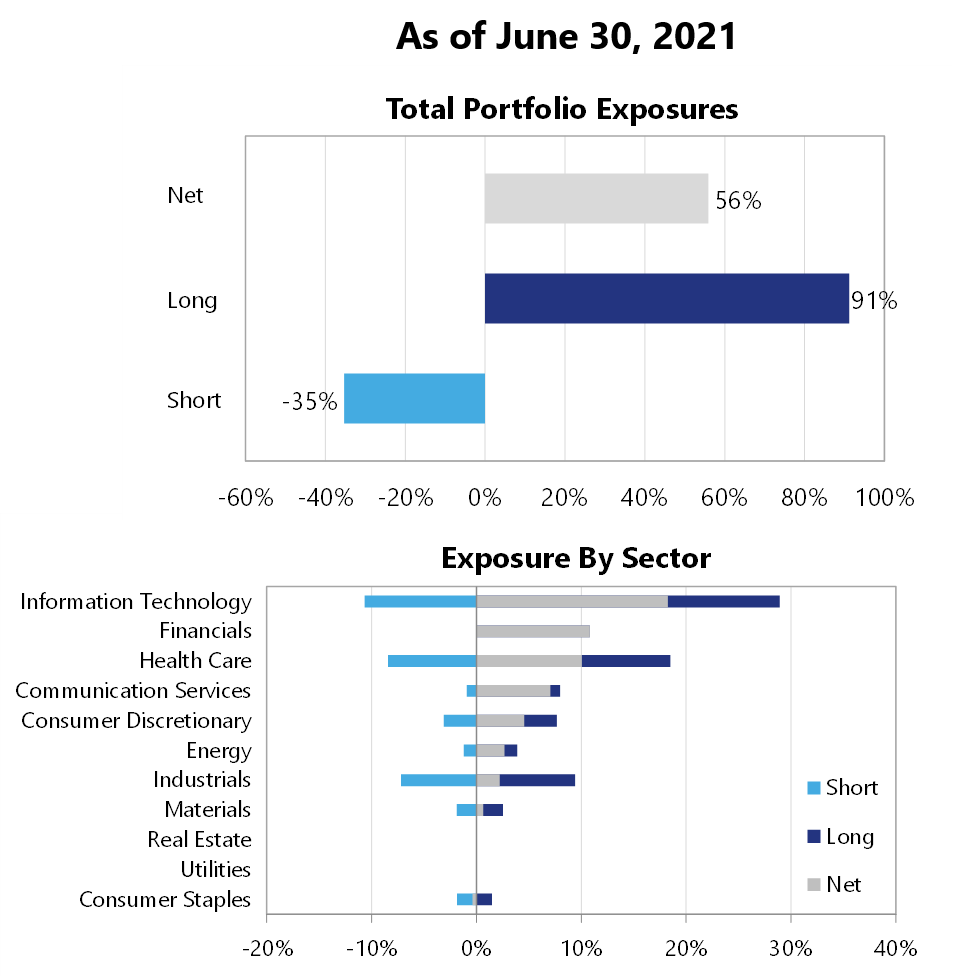 Ben is Managing Partner and Portfolio Manager for the firm.  Before founding Waycross Partners in 2005, Ben was a Portfolio Manager and Senior Equity Analyst for Invesco where he was responsible for managing two mid cap strategies and led the firm’s technology and telecom research effort.  Prior to Invesco, Ben worked for Banc One Securities (now J.P. Morgan Asset Management) and Prudential Securities.

A native to Louisville, Ben attended the University of Kentucky where he earned a bachelor’s degree in Finance.  He continued his education at Indiana University where he was awarded a master’s degree in Business Administration.  Ben has earned the Chartered Financial Analyst® designation and is a member of the CFA Society of Louisville where he served as president from 2007 to 2008.

John joined the firm in 2009 as a Partner and Portfolio Manager.  Prior to joining Waycross Partners, John was a Principal and Senior Portfolio Manager at Invesco in Louisville, Kentucky.  At Invesco, John was the lead investment professional for Invesco’s $15 billion large cap core institutional strategy and was responsible for final decisions on all mid cap and large cap equity trades.

John holds a bachelor’s degree from Dartmouth College and has earned the Chartered Financial Analyst® designation.  He is a member of the CFA Society of Louisville.

The Waycross Family of Funds is offered only to United States residents, and the information on this site is intended only for such persons. Nothing on this web site should be considered a solicitation to buy or an offer to sell shares of any fund in any jurisdiction where the offer or solicitation would be unlawful under the securities laws of such jurisdiction.

The Waycross Long/Short Equity fund is actively managed and its investment holdings will vary. Overall equity market risks may affect the value of your investment. This fund is not suitable for all investors and there are special risks associated with Long/Short investing. There is risk that the fund’s long or short positions will not perform as expected. Losses on one type of position could more than offset gains on the other, or both long and short positions may suffer losses. A short position will lose value as the security’s price increases. Theoretically, the loss on a short sale can be unlimited.

The Waycross Family of Funds is distributed by Ultimus Fund Distributors, LLC.